Mission: To promote the dissemination of Babaji’s Kriya Yoga throughout the world through lectures, public classes, initiation seminars, and retreats through qualified and authorized teachers (“ acharyas ”). Babaji’s Kriya Yoga is a scientific art of perfect God Truth Realization. It is a practical side to all religions, and is therefore non-sectarian, suitable to everyone, regardless of their religious ideals. It represents the teachings of Satguru Kriya Babaji Nagaraj and the 18 Siddha Yoga tradition of India.

History and current activities: Babaji’s Kriya Yoga Order of Acharyas, Inc. was established in the USA, Quebec, Canada and India in 1997 and granted tax exempt status as a 501 (c) (3) educational charity by the Internal Revenue Service of the United States as well as by Revenue Canada and by India. It is a network of “acharyas” or expert teachers who, following a common set of standards for teaching, personal yogic practice and ethical conduct, reporting and coordination, promote the dissemination of Babaji’s Kriya Yoga throughout the world via lectures, publications, initiations and retreats. The founder-president of the Order, Marshall Govindan Satchidananda was asked by Babaji and the late Yogi S.A.A. Ramaiah (1923-2006) to establish the Order in 1986. Yogi Ramaiah, a Tamil Siddha Yogi, was initiated by Babaji near Badrinath, in the Himalayas in 1954. M Govindan Satchidananda was trained in all aspects of Babaji’s Kriya Yoga by Yogi Ramaiah from 1970 to 1988, practicing it for eight hours per day throughout this 18 year period.

The Order maintains ashrams in Quebec , Bangalore, two in Sri Lanka and is building one in Badrinath, India. The ashrams accomodate serious students of yoga who seek an environment for intensive yogic practice. Babaji’s Kriya Yoga ashram near Eastman, Quebec is one of the most beautiful Yoga ashrams in the world today. Founded in 1992, it offers year round retreats and seminars. It is located on top of a mountain, with panoramic views of neighboring mountains and pristine forest land. The 40 acre site includes a private lake, a mediation hall, access to hundreds of acres of forest trails, peace and isolation. Its comfortable facilities provide housing for up to 28 persons at one time.

The Order’s 35 acharyas conduct free public yoga classes and initiation seminars in more than a dozen countries. The Order in India publishes and distributes the manuscripts prepared by the Yoga Siddha Research Center scholars. It also organizes pilgrimages to sacred sites associated with the Siddha tradition both in south India and the Himlayas. For more information contact Vinod or by mail to: Babaji's Kriya Yoga Order of Acharyas, Post Box 5608, Malleswaram West, 560 055 Bangalore, India.

Yoga Siddha Research Center: The Order has sponsored and guided the work of the Yoga Siddha Research Center in Chennai, Tamil Nadu India since 2000. This research center collects, preserves, transcribes, translates the ancient palm leaf manuscripts of the 18 Yoga Siddha tradition of India, with commentaries. The Order publishes these works of the Center and distributes them throughout India and the world. It also sponsors the scholars working for the center at various academic conferences. Seven major books have been published to date. In 2010 the center has published a new English translation with commentary of the south India’s most important text related to Yoga: the Tirumandiram, by the Yoga Siddha Tirumular in ten volumes, 3 780 pages. A new edition of it was printed in 2013 in five volumes. Dr TN P Haran prepared a Guide book to 750 manuscripts of Siddhas poems. We published these on an accomparying CD in January 2016.

In the past twelve months, since September 2021 the Order of Acharyas did the following:

The 35 volunteer Acharyas of the Order and many other volunteer organizers need your support to fulfill this program for the year 2022-2023. Your contribution is tax deductible in Canada and the USA. Send it by December 31, 2022 if possible, and receive a receipt for your 2022 Income tax return. Use your credit card!

Our work is financed entirely by your contributions. There are many persons all over the world waiting to receive initiation. We will send acharyas as we receive the funds needed to pay for travel expenses.

For each donation of US$70/Cn$75 or more, receive a free copy of the new book, “Enlightenment: Its Not What You Think,” in English, French, Spanish or Portuguese. See our bookstore for a description of these. Please indicate the title of the book to send in the Additional Information to the cart in Check Out Now.

Donations may be made payable to "Babaji's Kriya Yoga Order of Acharyas", and sent by check, draft or money order to 196 Mountain Road, P.O. Box 90, Eastman, Quebec, Canada J0E 1P0, or paid by a VISA, Mastercard or American Express authorization by calling 1-888-252.9642 or outside North America +1-450-297.0258 or make your contribution online here

Please inform info email when the transfer is made.

YOU MAY USE YOUR CREDIT CARD TO MAKE YOUR TAX-DEDUCTIBLE CONTRIBUTION RIGHT NOW:

Initiation at the Quebec and Rhode Island Ashrams

Not receiving our emails? 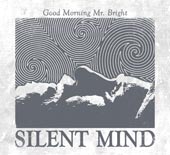